An important feature of the KMB metalloscope is its fast execution of inspections, allowing it to be implemented on all types of production lines for in-line inspection of printed pieces, loose pieces and small and large mechanically processed pieces for the automotive, aeronautical, rail and tram, naval, petrochemical, metallurgical and the iron and steel sectors.

Magnetic – electric inspections can be performed to detect any surface and subsurface defects, whether lengthwise, transversal or other, without need to move the piece blocked between the machine’s heads. The piece can be blocked quickly between the polar expansions as one of the latter is pneumatically fixed.

The various models differ in terms of the permitted size of pieces for inspection, the heads’maximum opening span and the machine’s power capacity. 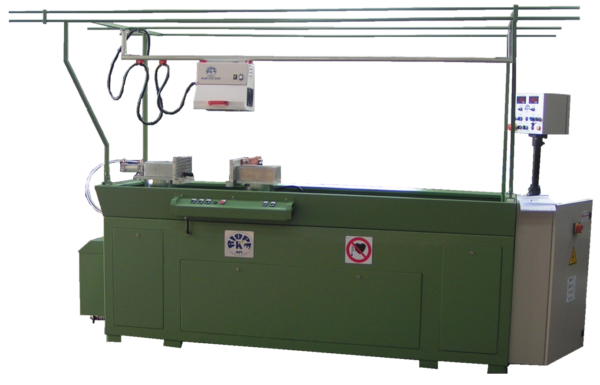